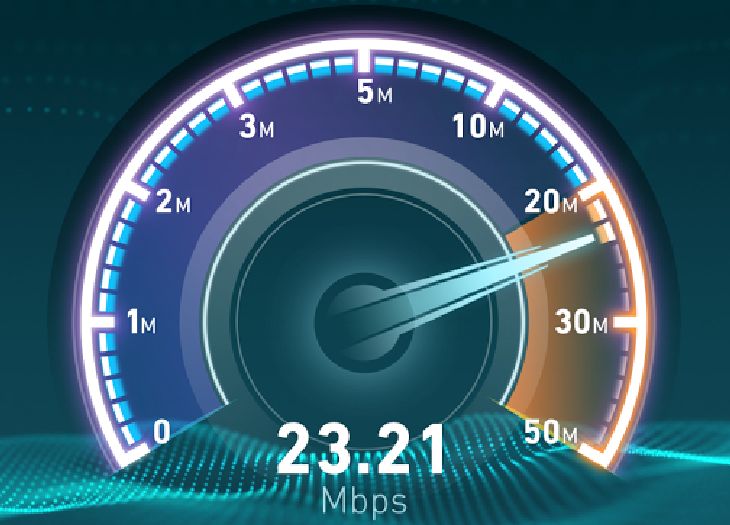 The rationale for performance testing is identical to that of unit and integration testing. Nobody actually writes bugs on purpose, but as the phrase goes:

To err is human, to forgive, divine.

– Alexander Pope, An Essay on Criticism

Unfortunately the writers of software are human, and they do indeed make mistakes. However, our customers are not divine, thus they may not forgive those mistakes.

A System is as Strong as its Weakest Link

To understand system performance, one must always keep in mind some classic wisdom:

The chain is only as strong as its weakest link, for if that fails the chain fails and the object that it has been holding up falls to the ground.

– Thomas Reid, Essays on the Intellectual Powers of Man

These various reasons for performance problems illustrate the importance of testing in the specific environment in which your system will actually run. There is no magic guide that will tell you what will cause a system to perform badly, it depends heavily on deductive reasoning and knowing what the possible bottlenecks of system performance are.

Common reasons for performance bottlenecks include:

To understand the strategy for testing performance, it is worth reviewing the levels of testing that are typically done for the logic of a program and to understand why they are done:

Why bother with these different kinds of tests? Why not just write all the software and then do the System Test to see if the user would be happy and call it a day? The answer to this question is immediately apparent to anyone who has worked in software and has had to find the cause of a software bug.

For example, if someone writes:
Jill is turning 8 in July and Sally is 15. Next year Jill will take her driver's exam.
The reader knows that driving is something restricted to older people, typically 16 years or older. Thus, the speaker must have meant to say that Sally will take her driver’s exam next year.

Computers, on the other hand, are terrible readers, they will do exactly what they are told. Imagine if someone writes a program like the following:
numItems = 10;
while (numItems > 0) {
doThing();
numItems = numItems + 1;
}
In this case, the computer will start with numItems being 10, then 11, then 12, etc. It will never stop and the program will take up 100% CPU until it is forcefully stopped. A single character error of “+” instead of “-” is all that it takes for this to happen. The code is fully syntactically correct and contains no errors the compiler can detect.

If you run a request at the system level, let’s say to open a new bank account, all you may see is that the system is unresponsive and never creates the account. And if this operation is executing 20,000 lines of code that are interspersed in a system with 20,000,000 lines of code, you are going to have a bad day trying to find that error. However, if a unit test exists for the function in question, the error can be constrained to a single failing test that covers only 20 lines of code.

Lines of code aren’t even the only problem. Often bugs only appear in certain combinations of input and configurations. If your system and user have 200 configuration settings, each of which have 4 different possible inputs, then there are 1,600,000,000 possible permutations of inputs possible. For all practical purposes and intents, writing a system test for every permutation is impossible. However, writing a unit test for each configuration setting can reduce the number of needed tests to as little as 800, which is annoying, but at least it is humanly possible.

Thus, the efforts of a software engineer who is creating tests are roughly arranged as follows:

Performance testing follows the same basic principles as logic testing, the rule of thumb is that more effort should be spent testing smaller parts of the system, where it is easier to identify the cause of any problem that is found.

Logical testing is focused on assuring, given a specified input, that the system produces the correct output. For example, if a piece of code that produces the positive square root of a number is given the input 16, it should produce the output of 4.

Performance testing, on the other hand, focuses on making sure that the system adheres to non-functional business requirements. For example, if your system is expected to have 1 million users, and each user is expected to send 2 messages per hour, with peak load being 10x higher than average load, then your system that receives and stores messages must be able to handle loads up to 5,555 messages per second.

For example, a bank may end up only having 20 transactions per second, but credit-card companies require a transaction approval/rejection within 2 seconds, and user transactions must be retained for 5 years to comply with taxation laws.

At the integration-level, performance testing will typically focus on a software program that is running on a single computer. This allows one to test the following performance bottlenecks:

However, it does not permit realistic testing of:

For services that have an HTTP/HTTPS interface, tools like siege can be used to assess several important parameters including:

As an example, we will use the siege tool, which was discussed in the previous post Language and Performance: Java and D. The subject of our test will be the software component “funnel-mouth” which is part of the Funnel system to upload data. This service is responsible for ingesting uploaded data, compressing and batching it, and sending it along to “funnel-stem”, where other services will receive that data.

In our test, we use the following siege command:

In addition, there is a bunch of files that contain randomized data to upload. So “file0.json” contains data like the following:

In this particular test, siege was used to simulate 200 concurrent users, each making 25 requests each in order to upload data. We can glean the following information from these results:

So far so good, let’s move on to system testing.

The requirements for system testing are often the easiest to define, due to how closely they relate to business requirements. Additionally, system testing will typically be conducted against a staging environment that reflects the production environment as closely as possible. This means that mistakes in the deployment, such as the choice and arrangement of hardware and network topology, will quickly make itself apparent.

Assuming that Performance Integration Testing has been done and that performance goals were met, one’s attention can be directed to the network topology and deployment of the system. Perhaps network latency is a big problem, but there is plenty of free RAM and CPU, thus it would make more sense for a couple of individual services to deployed on the same machine rather than having to communicate over a network with each other. Or, it may make more sense for requests to be batched together and sent in groups of 100 messages rather than one at a time, in order to reduce the number of network requests.

As a practical example, let us run a performance test on the Demo environment of Funnel, which can be seen here. In this demo environment, the allocation of hardware is quite constrained.

Each node has 0.512 vCPUs, which roughly corresponds to half a core (thread) of a CPU. Because the hardware resources are so limited in this environment, it makes for an excellent demonstration of system performance.

A naive assumption may be that the number of requests a system can handle simply goes up and up as the load of the test goes up until a certain limit is reached. However, performance outcomes in reality are significantly more complicated than this.

For example, as the number of parallel requests being made by a test go up, so too does the amount of resources used by the target system just to accept the requests and change contexts. If a system is receiving more requests than it can handle, then new requests can end up waiting for older requests to complete before they even begin execution.

To illustrate this point, let us run a similar performance test as we did with the integration test, but view the results under varying amounts of load.

As before, each test “user” will connect, make 25 requests, and then disconnect. We will vary the number of simultaneous “users” that are involved in the test, and observe the total throughput of the system.

With only half a CPU thread available for processing requests, the results aren’t expected to be amazing, but they serve as a demonstration of how performance changes under load. Naturally there are almost always ways to optimize and increase the performance of a system, but sooner or later, a barrier is reached where the cost of each minor improvement becomes infeasible for the business. At this point, tradeoffs must be made.

Let us assume for the sake of this exercise that the software is already at a high level of performance and further improvements would take too long or be too costly for the business. How do we make sense of these numbers?

With 10 vs. 20 simultaneous users making 25 requests each, the total transaction rate goes up, but so too does the response time. While more requests are being accepted into the system to be processed, each request must wait longer to get access to the CPU, resulting in higher response times.

While such small servers would rarely be used for a full production environment, it illustrates an important point. Maximizing throughput often involves grouping requests together, perhaps in batches. However, this often comes at the cost of latency. A business has to choose how they allocate their resources. To get lower latency, less load per server instance is needed, which means there must exist more server instances, which increases the cost per request. Depending on the balance between profitability and user experience, a compromise is required at the business level.