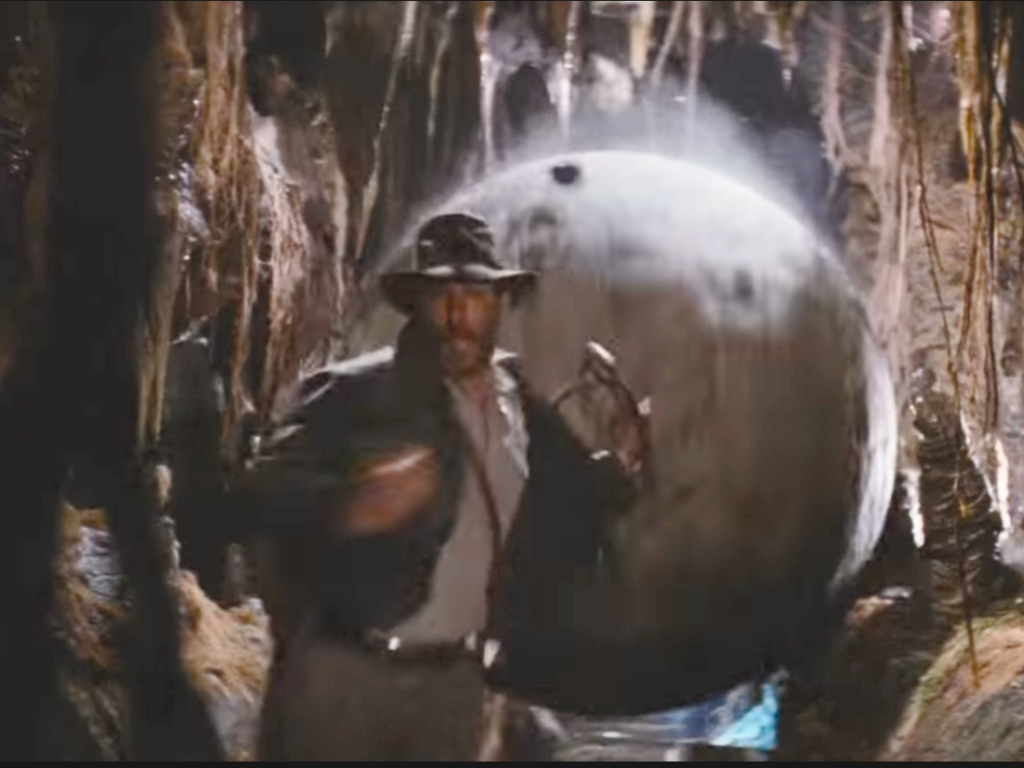 Software Engineers have to spend a considerable amount of time doing work that is not directly related to writing code. Much of this work falls into a category described here as “Code Archeology“, where the reasons, rationale, structure, and bugs of software must be clearly understood before improvements can be made. This work, which often requires deducing the reasons for historical decisions based on sparse evidence found via code artifacts. Because there is no visible and easily understood output to this work, it is often poorly understood and underappreciated by those outside of engineering departments. This article describes a case-study to illustrate what “code archeology” looks like in practice, in order to increase the understanding of this work for those who are only tangentially involved in software engineering.

Sometimes an engineer will be working on a very difficult problem all day long and not have a single line of code to show for their efforts. It can be a pretty dissatisfying experience, and it can become down-right miserable if there is pressure from management and accusations of being lazy or not doing work. Such pressure is extremely counter-productive and not practiced in healthy software companies.

In unhealthy software companies, there can exist a managerial view, that believes that the only things engineers do is code, and that everything else is a distraction. This causes engineers to react by skipping the work it takes to understand a problem, and rush to implement whatever they currently understand. The ultimate result is buggy software that fails to meet customer expectations, cost overruns, and a complete destruction of any visibility into how long a project will take to finish.

Now, to say the opposite, that writing code has no value would also be absurd, because without code, you don’t have a project at all. Being able to code quickly and effectively is very important to the success of a project.

At some point or another, systems can end up in a state where they no longer satisfy customer demands, and there is very little documentation or institutional understanding of how the system works. When such situations arise, the work undertaken by an experienced engineer to uncover the purpose, structure, and nature of a system in order to change it is very similar to the work of an archeologist attempting to understand what an ancient society looked like only from the artifacts left behind in the form of pottery, ruins, or metal tools. Every engineer that ends up performing such a role quickly ends up coining a term similar to software archeology.

An Ounce of Prevention is a Pound of Cure

One of the biggest differences between healthy and unhealthy software organizations isn’t necessarily how fast the engineers write code. There are certainly differences in the speed between engineers, and some companies do a better job at attracting that talent. However, just hiring faster coders is not what leads to powerful successful companies like Google dominating markets.

At an organizational level, from department to department, or company to company, one of the most important differentiating factors in terms of overall speed, on the time-scale of months and years, is the rate of writing code that ALSO adds value to the product.

As a simple example, let us suppose we have several bugs in a software project that are preventing the release of features.

In addition to writing code that changes the software, there are often several other costs associated with getting that change into customer hands and determining if the bug has been fixed or if the feature meets customer expectations. Some of those costs include:

There are many ways in which these costs can become multiplied as software is being developed. For example:

Even small mistakes can lead to costly deployments and delays waiting for customer feedback. This is especially true when developing Mobile Apps.

The time actually writing the code can be one of the fastest and least costly part of these cycles.

Properly understanding a problem, and solving it correctly the first time, reduces the total engineering effort from 10x to 100x.

Quickly deciding to build an elaborate bridge at the wrong location, going back to correct the location, and then rebuilding/moving that bridge to a new location is not efficient by any stretch of the imagination.

Actually finding all the dependencies of a software change can be much more difficult than one might imagine. In this example, suppose we have a data entity known as a “Thing” in our system. The “Thing” has two properties, an “id” which is not being changed, and an “extension” whose value was originally an integer, but is being changed to a “string” to allow better a wider range of values that better integrates with different vendors.

In this scenario, an engineer that hastily looks at the code, finds all the visible dependencies, and gets the code to compile and tests to pass will update the components in green. In pink we see a few examples of a number of other problems that may not be recognized until much later, and result in costly efforts to uncover. If one is lucky, there will be customers screaming about broken features, and if one is unlucky, new security holes can be silently introduced, or systems that are used to detect intrusion may cease to function.

Our engineer was told how extremely time-sensitive the release of this feature is, how much customers depend on it, and how their own evaluation will be influenced by how quickly they get this work done. The engineer, in a state of high-alert and panic, took care of the obvious happy-path, quickly delivered a change.

This made the managers happy, they check this feature off as done, and are already planning the next sprint, deciding what new features should be worked on next.

Then the emergencies begin.

Unfortunately, this circus of failures is a common situation in many inefficient companies, especially those that view engineering as a cost rather than an asset. The constant push to “motivate” engineers to work faster not only results in excess unpaid work hours, lower code quality, poor documentation, burnout, and higher churn, but it also results in slower overall development, because significantly more time is spent trying to investigate and fix bugs rather than actually working on new system improvements.

Situations like this are illustrative where doing a bit of code archeology up front ends up saving a lot of time in the long-run.

What Triggers the Need to do Code Archeology?

The time and effort it takes to do code archeology can be considerable, thus it should only be done for larger problems where existing processes have no clear answer. This typically occurs for systems that are either completely new, are poorly documented, and for which institutional memory has faded.

A few common triggers for beginning significant code archeology include:

What is Code Archeology?

It is clear that building software correctly the first time, as opposed to going through the entire software development lifecycle multiple times, can save tremendous amounts of time. If getting a complex change kicked off, defined, coded, tested, and released can take months, then does it make sense to “save time” by eliminating the day or two it takes to research and understand the problem? This faulty belief in “saving time” by eliminating “process” and “waterfall” is what leads many large software organizations with hundreds of people to release features more slowly than much smaller and less well funded companies.

Assuming your company wishes to be efficient, rather than throwing time and money down the toilet, it’s worth investing a little bit of time into researching and understanding a problem before beginning the software development.

When doing this research, what are the kinds of problems that one needs to be aware of and seek to avoid? Much of this work is akin to an archeologist doing an excavation of a dig site, having to look carefully at existing work and artifacts to understand what exists, and what could be damaged by new construction.

Code Archeology always begins with a change that must be made to a software system. Much of the work that has to be performed is done so that that change can be made correctly, and that it will not result in other software system failures while these changes are being deployed.

In a nutshell, code archeology is simply careful planning that takes existing systems into account.

It may include one or more of the following activities:

One isn’t going to get out of a problem the same way you got into it. People heaping changes after changes in a completely unstructured and undocumented manner led to a state of affairs where the system complexity became too large to fit into human memory, which led to a lack of understanding of the system itself. Thus, when doing work to understand a system, it’s very important to write down your finding in a structured way, allowing you to take a birds-eye-view of the system and see a clear path towards improvement.

The output of all this work is usually a thorough written plan that guides a complex series of changes to a system over many months in such a way that engineering teams are continuously productive and that there is no system downtime as each change is applied.

Significant changes to a system require a completely understanding of all the software components that work together and how they depend on each other. There are a large number of failure scenarios that originate from deployment order, calls to HTTP endpoints, asynchronous messages passed through message brokers like Kafka, indirect dependencies such as through metrics and logs, and compatibility with existing data in databases or in files. A failure to take these scenarios into account or to search for them can result in a massive cost to companies that must go through a repeated and costly process of investigating bugs, cleaning up corrupted data, and repeatedly adding additional changes and going through the entire software development life-cycle .

The presence of difficult technical problems results in a large number of side-effects that have a human element to them. It results in finger-pointing between people in different job roles, especially in engineering, management, and quality assurance. It leads to unpredictable timelines in terms of software completion and conflict with customers, adding business and marketing people to the conflict. It leads to erratic and long working hours that ultimately fall on engineers, who are the only ones with the necessary skills to identify the causes of bugs, actually make software work again, and repair data that is corrupted due to these bugs.

These problems are especially present in companies where management pushes software development to meet unrealistic deadlines, or that views time that is not directly spent on writing code as having no value. Ironically the same lack of understanding ultimately causes management to fail to understand why seemingly “simple” changes can cause so many errors, and proceeds to blame or reprimand the very engineers who are tasked with cleaning up the problems.